To provide positive role models and guidance to youth in our community.

RUSC Kinship, Inc. exists to ensure that the young people in Stevens County are given equal opportunities.

These opportunities help to develop our youth into thriving, successful adults despite the uncontrollable factors in their lives by bolstering their self-esteem and offering opportunities for social and emotional skill development.

At RUSC Kinship, we match volunteer adult partners with a child from age 5-17, who has common interests.

The partners are encouraged to spend time together each week. Some of our partners enjoy busy activities such as hiking or skating. Others prefer cooking or watching movies. It doesn't matter the activity – it is the time spent together that’s important.

These volunteers become our mentors – a trusted adult friend with a long-term, consistent commitment to provide guidance and support to Stevens County youth. Mentors can be individuals, couples, or entire families. We offer mentor screening, training, and ongoing support throughout the partnership so all volunteer's feel equipped and trained to do their best work.

Volunteering only a few hours a month can change a young person's life.

RUSC Kinship is a grassroots movement in Stevens County that was founded by County Commissioner, Jeanne Ennen and initially funded by a Bush Fellowship grant. RUSC Kinship Mentoring, Inc. is an affiliate of the 36 affiliate network of the national mentoring organization Kinship, Inc. which has been changing lives for 60 years.

RUSC Kinship is Jeanne’s response to a feeling deep in her gut that her investment in youth today could be the solution to many of our social challenges. This idea that Jeanne had has continued to gain momentum since 2013 through a series of community meetings held to determine the direction of the program and to assess the need in the community.

In large, the community has agreed that our greatest need is for mentoring opportunities among children, youth and family in Stevens County with over 30% of families being single headed households with children and approximately 70% of the students surveyed in Morris, MN reporting not feeling connected to a caring adult. 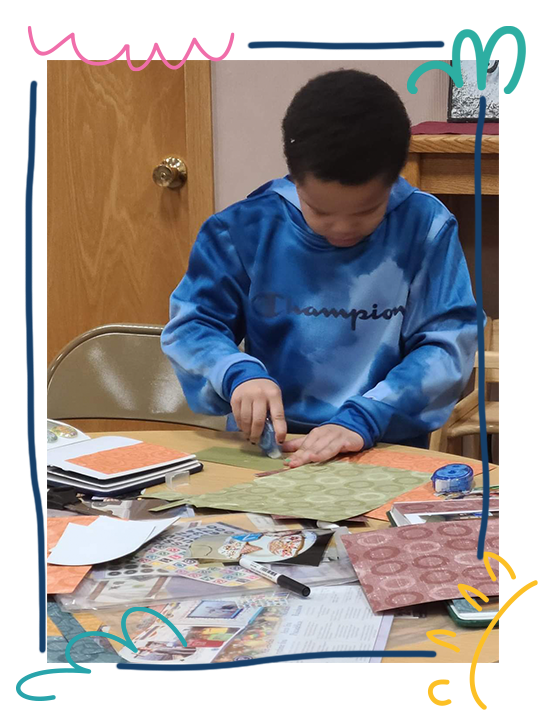 Executive Director
Lisa is a graduate of Morris Area High School and the University of Minnesota-Morris. Before her time at RUSC Kinship, Lisa was a math interventionist and substitute teacher at Morris Area Elementary. She is married to David and has two sons, Alexander and Benjamin.

Although I have lived in Morris, almost my whole life, I am amazed everyday at the generosity of the people of Stevens County. I look forward to working with and serving our community.